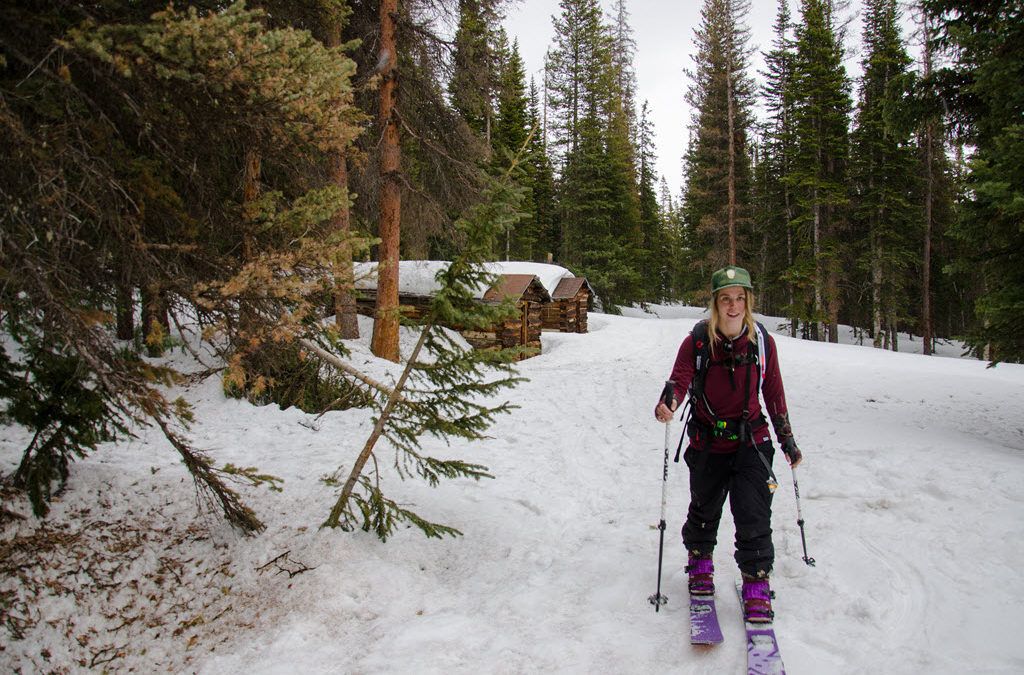 Last March, Backcountry Magazine invited me to join them and a team of 15 other testers to Crested Butte, Colorado. We would be taking out 2018 season’s splitboards as well as a few solids and putting them through the ringer. With brands like Jones, Burton, GNU, Salomon, Prior, Coalition, Pallas and so many more, I made a goal to test as many as possible and critic as diligently as I could. 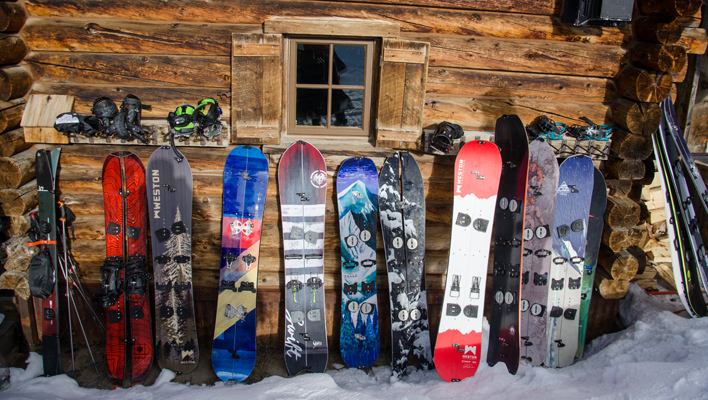 Where do I start?!
p: Will Sardinsky

I pulled up to Mt. Crested Butte and was directed to the “board room” to pick out and set up my first split. Since it was already late in the afternoon and the lifts were closing, I started up the quiet and empty resort, skinning to Red Lady lift with the mountain to myself and two other testers. Shredding down with a Prior under my feet I focused on each detail of my run. 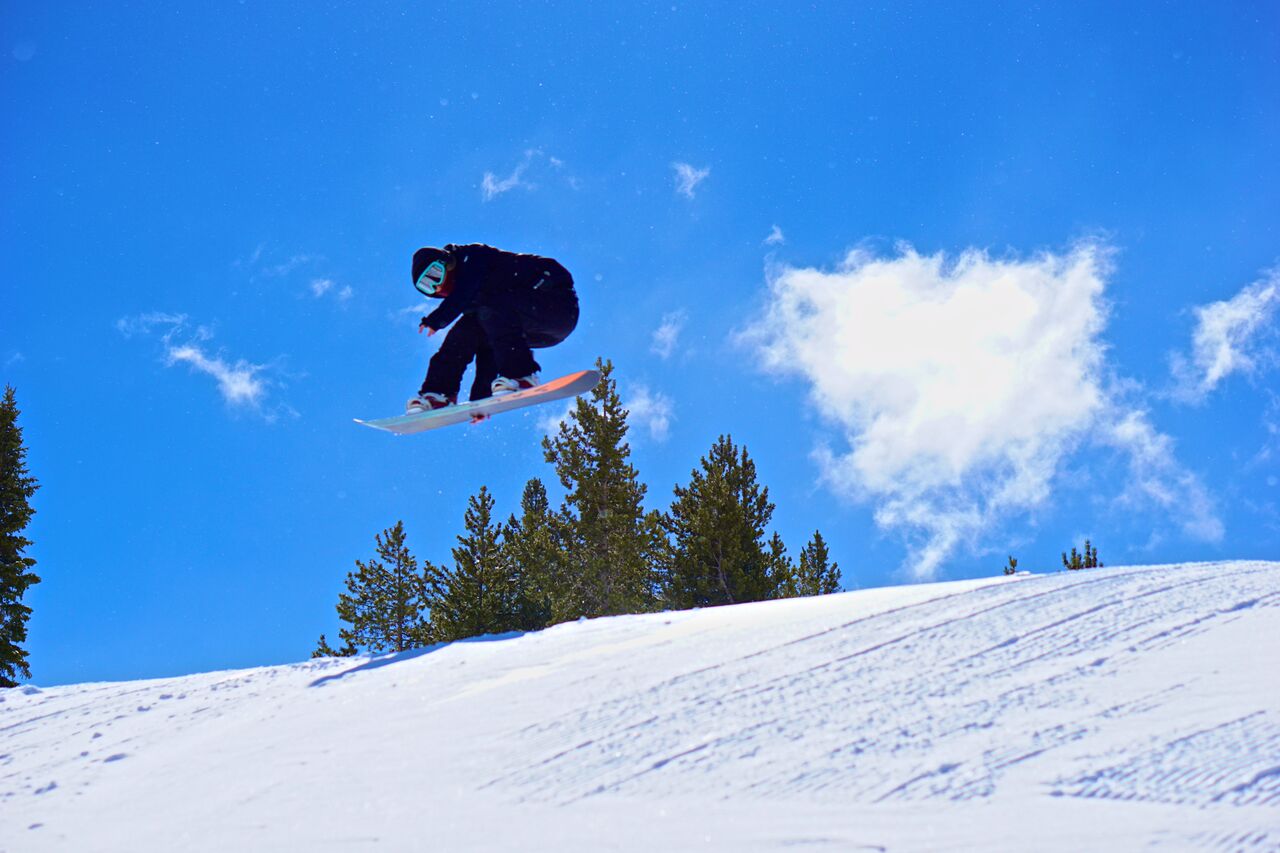 After that, we had a packed schedule. Up at 7:30 and in the board room before the lifts opened to choose from the hundreds of decks and set up to our preferences. Then riding until last chair only taking breaks to write our reviews. Thankfully, we had plenty of sponsors like High Brew Coffee and Honey Stingers to keep us going. Our mission each day was to test six different boards: three splits and three solids. That was one of the biggest challenges. 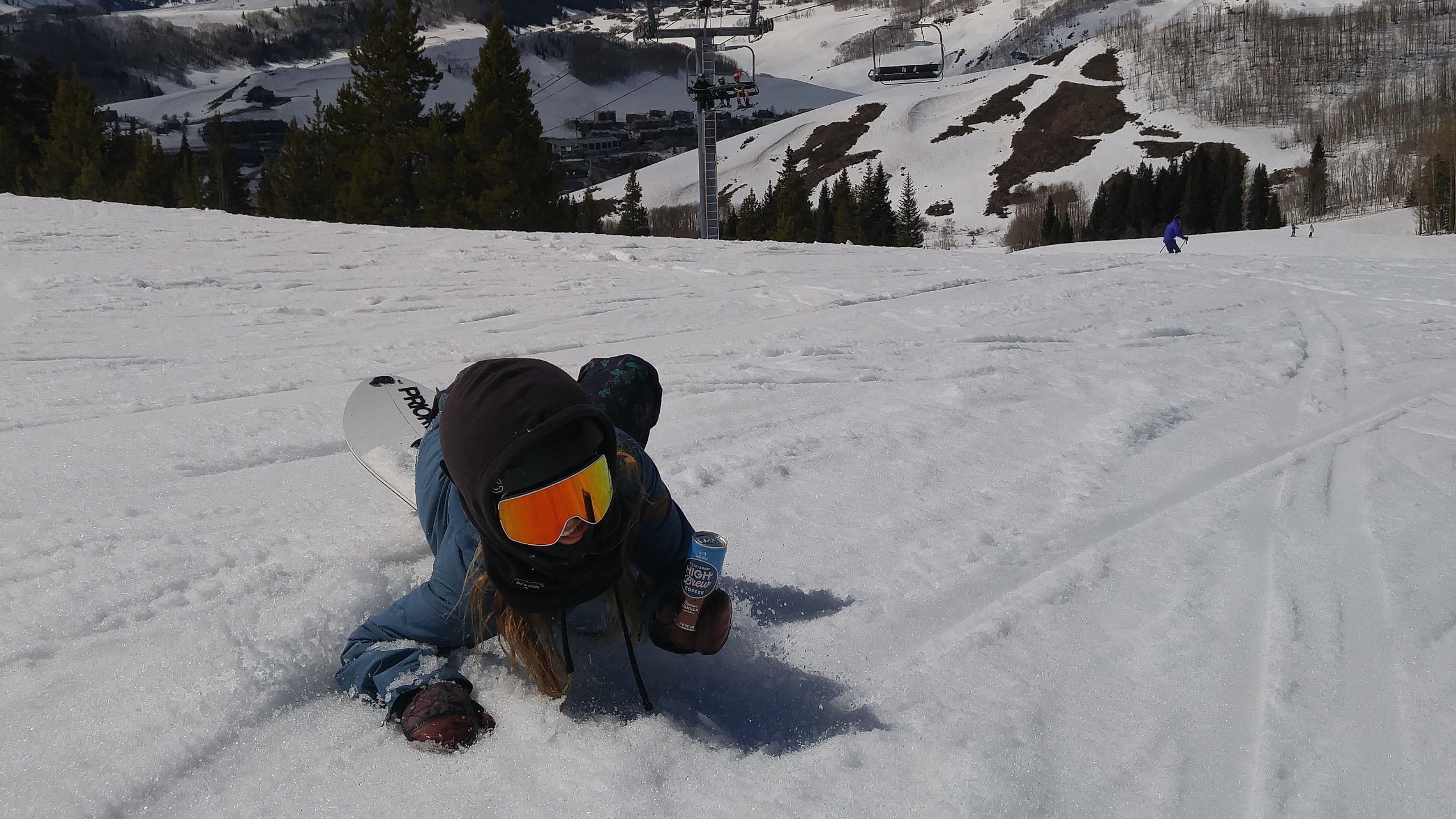 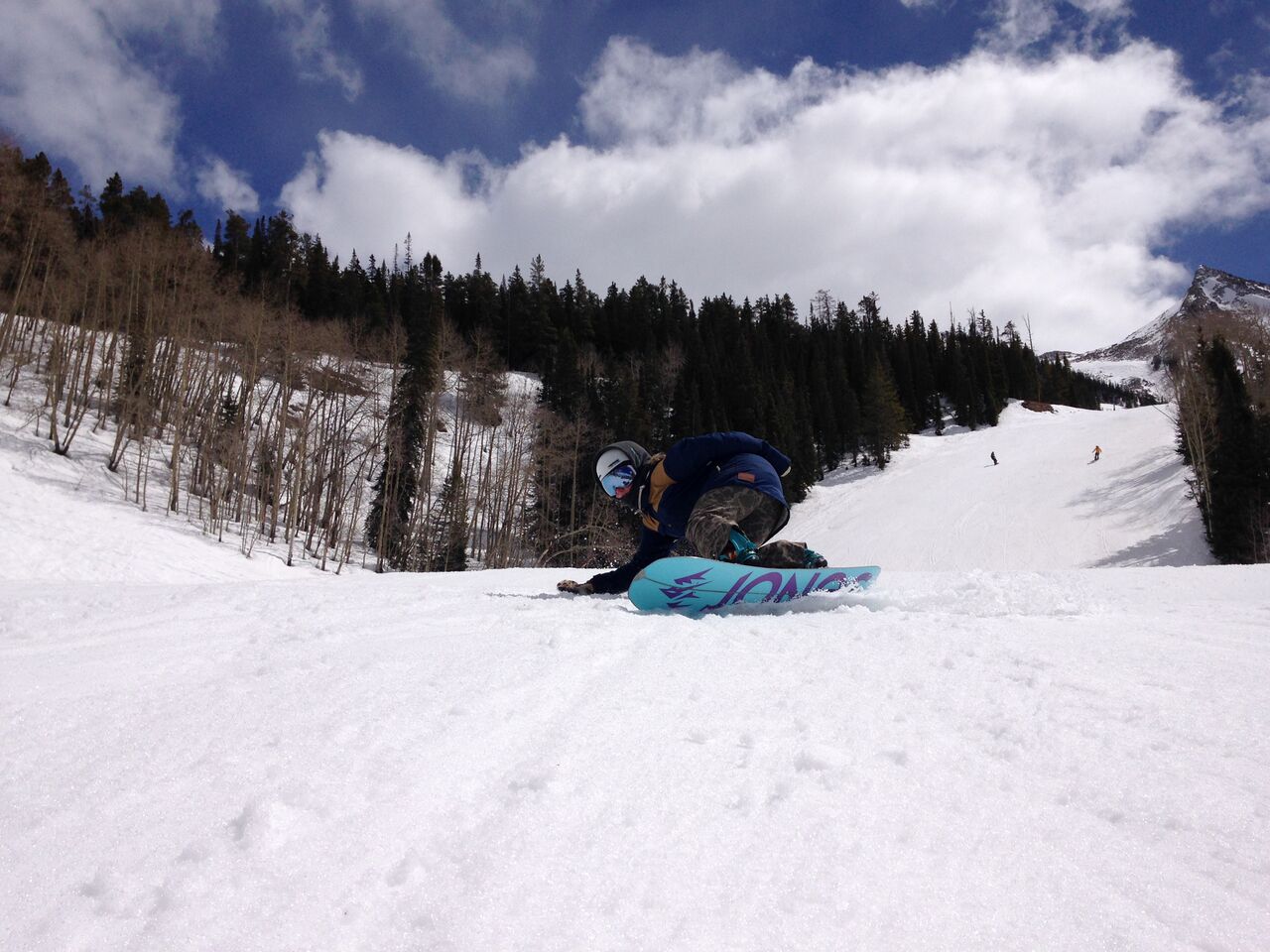 After the first fews days at the resort, we had to move on to bigger and snowier pastures. A big group of testers took off to Irwin Guides to really get into the backcountry and challenge their gear. The day was delayed by an injury of Backcountry Magazine’s Gear Guide editor and leader of the whole testing week. With a severely dislocated shoulder, he had to be escorted down to the Cat and then sent to the nearest hospital. Though, the crew moved on and tried to enjoy the steep slopes and wide open faces to keep the testing going. 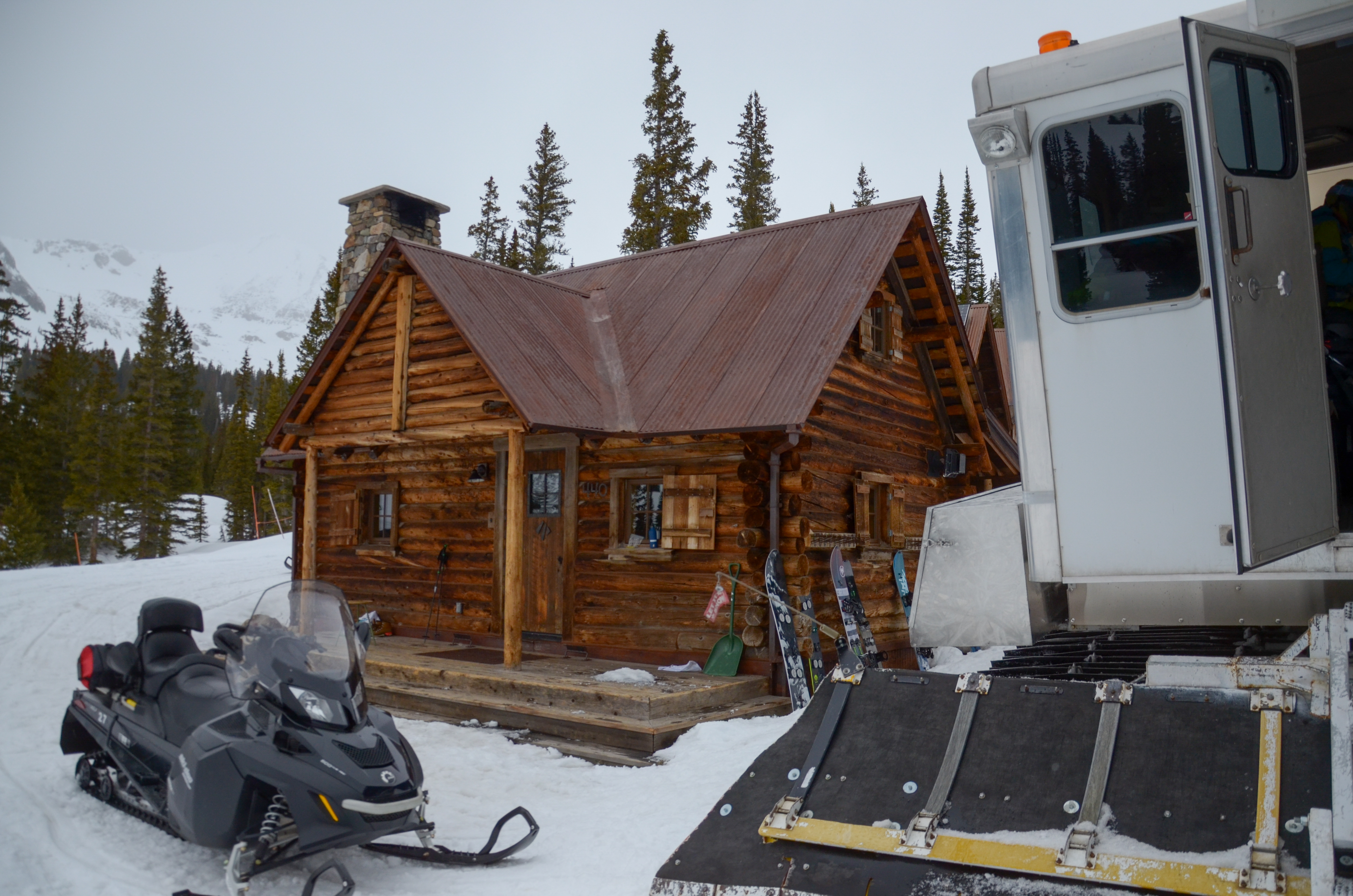 Backcountry cabin to switch out set ups way out there
p: Will Sardinsky

Of course early mornings lead to early nights. After grouping back together and sharing stories of our day, the night was seized by zzz’s and dawn welcomed a small crew to say goodbye to Crested Butte and head over the pass to Monarch Cat Skiing Guides.
Waivers were signed and the Cat was loaded up. I chose the Jones Dreamcatcher, Jones Women’s Solution and the Venture Temptest to keep me charging hard all day. The conditions were subpar and really had us working hard for our turns. 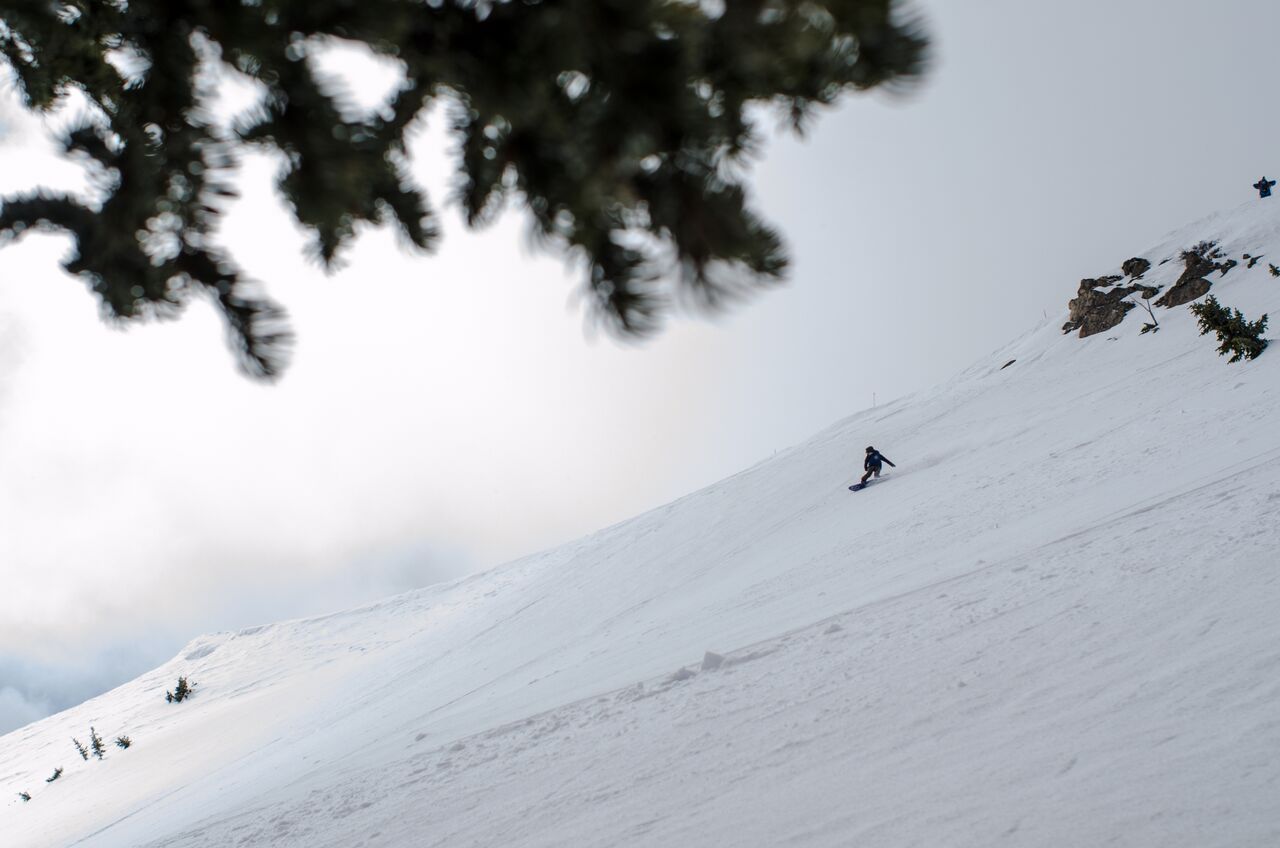 Digging into the hardpack for a clean carve with the Burton Anit-Social
r: Kelley Wren p: Will Sardinsky 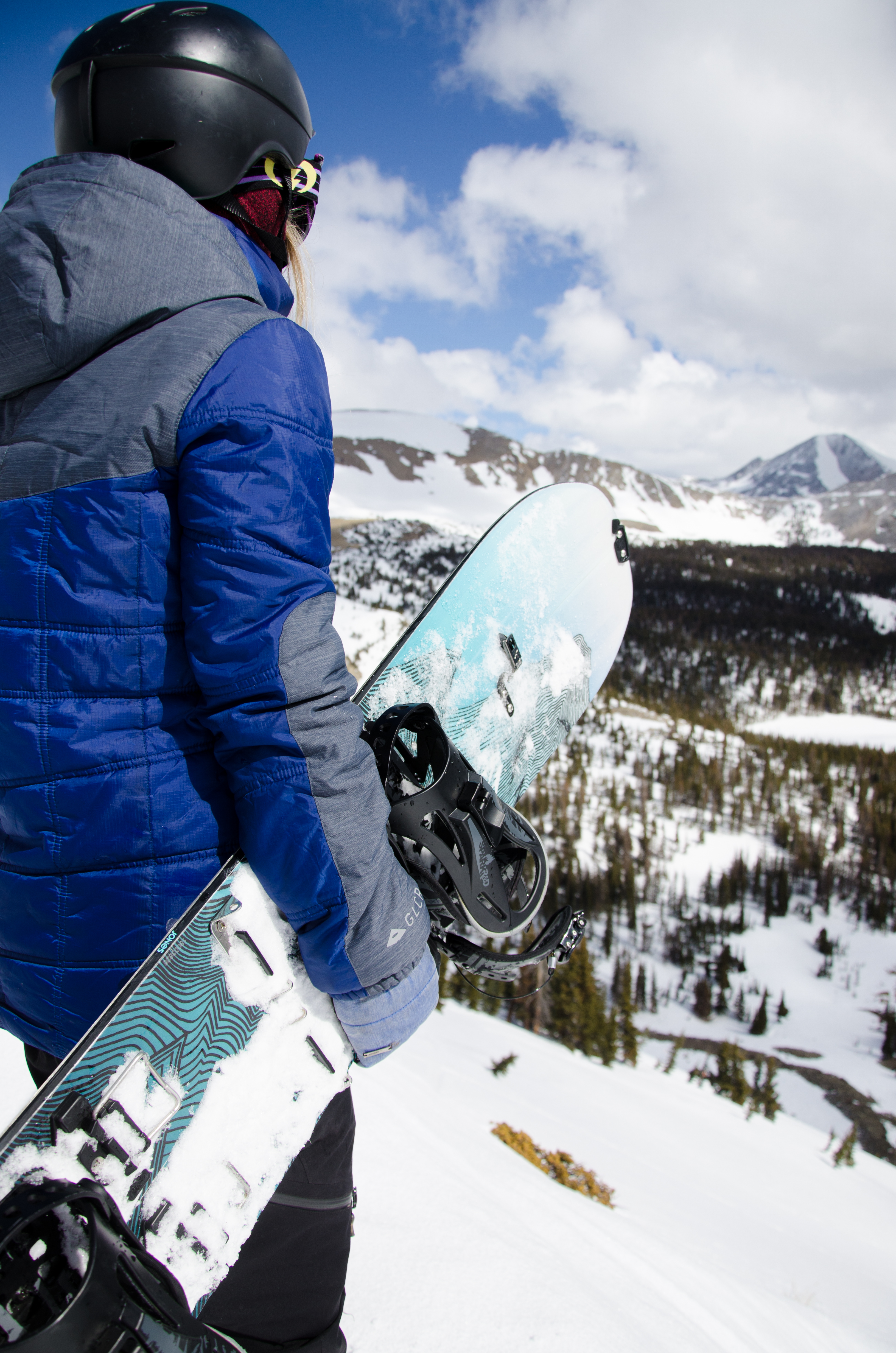 Alex Austin choosing her line with the Jones Women’s Solution
p: Will Sardinsky

When we were over the lack of snow we ate lunch and packed up for our final venture of the week. We had reservations to skin out to the Lost Wonder Hut on the other side of Monarch Pass. It’s an easy route, only two miles in, but has endless options for steep and technical shredding. 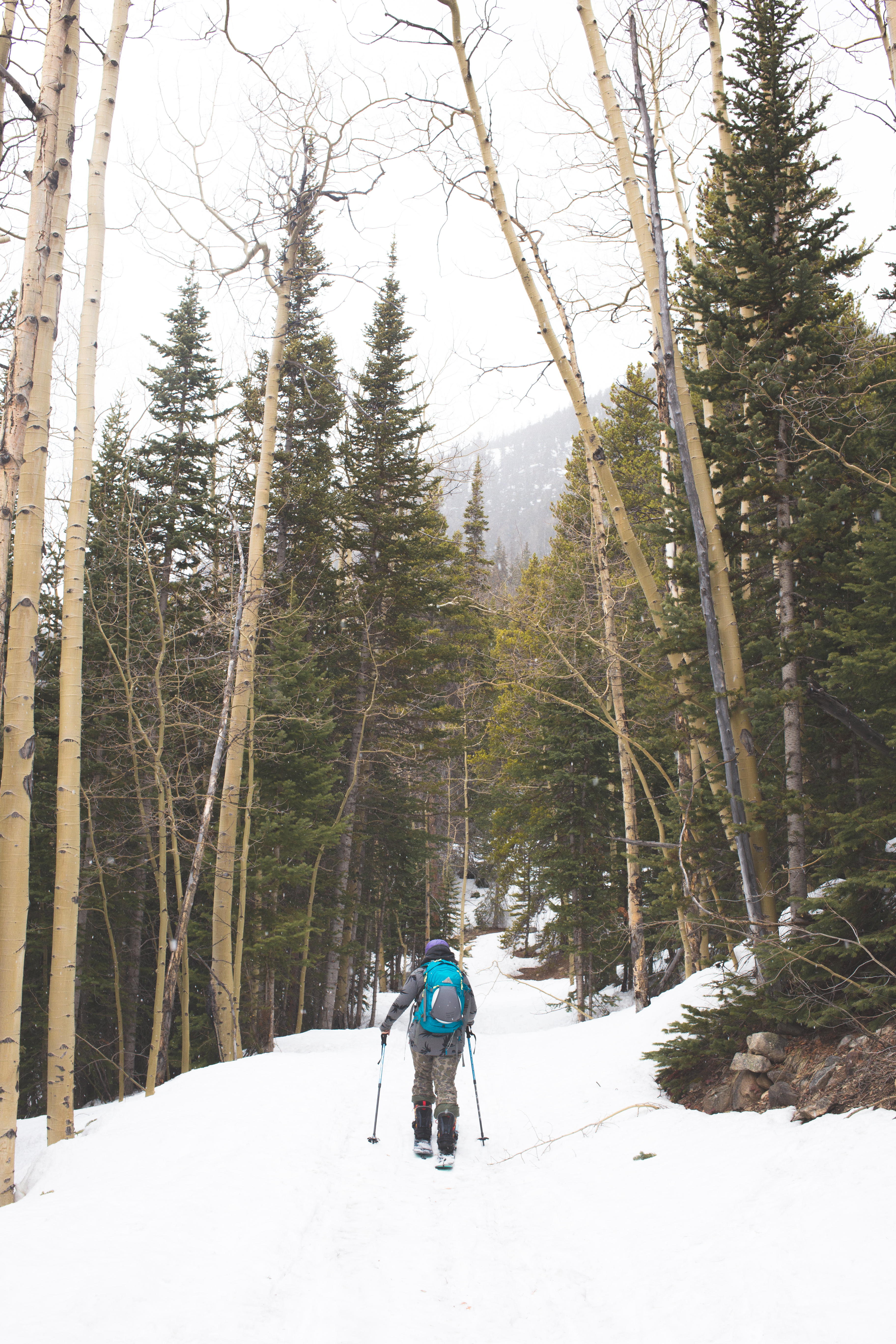 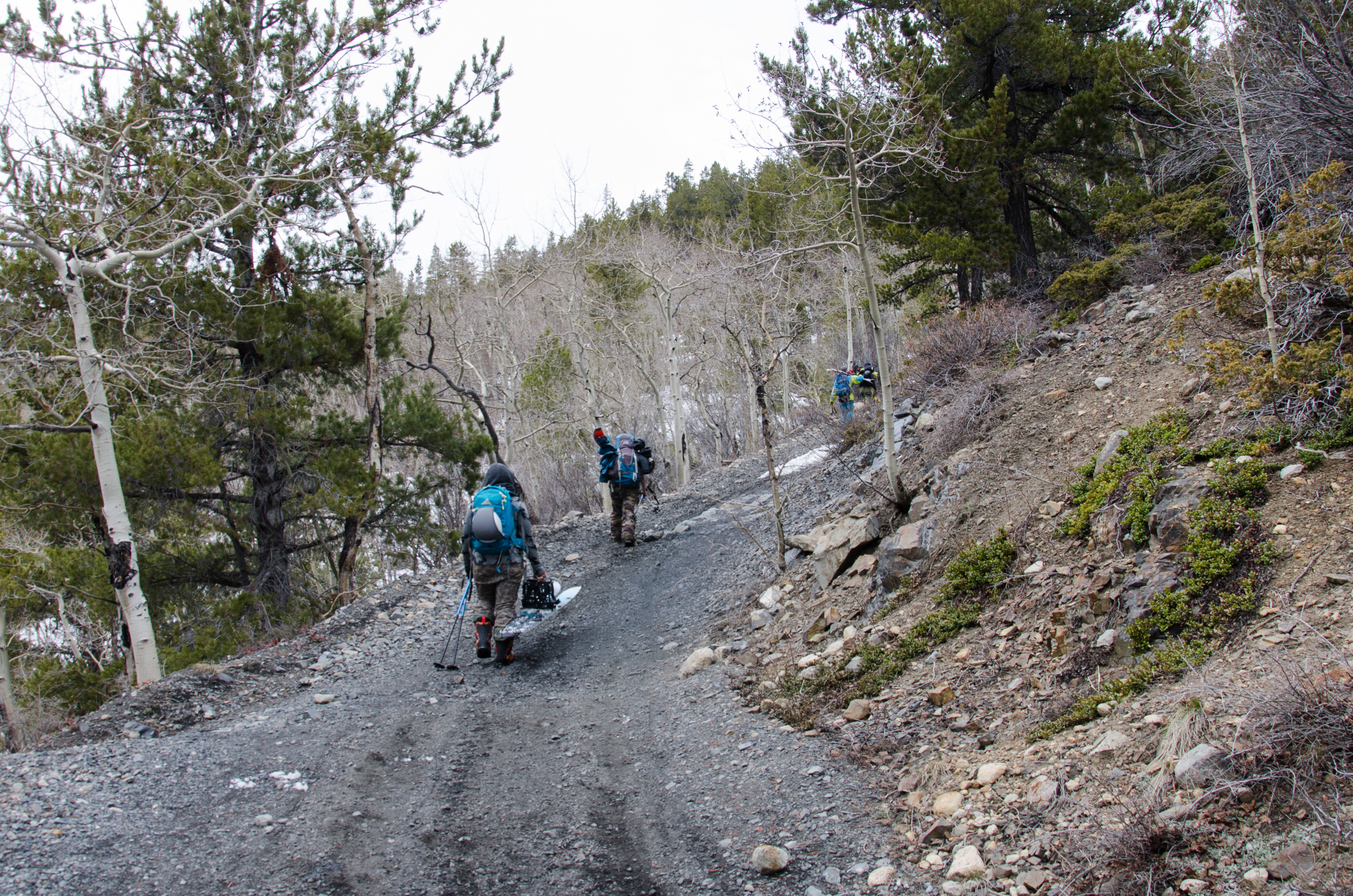 Lack of snow in March was seen everywhere. Know the signs and see what you can do to help with climate change at :protectourwinters.org/ p: Will Sardinsky

It snowed on us a little that night in the cabin that set up for great turning the next day. This is what the week was all about, finding the zones, climbing the face and taking the turns. There were so many boards that I wanted to take home with me after the testing was over, but I’ll just has to wait for next season and see which of my favorites won best of their categories. 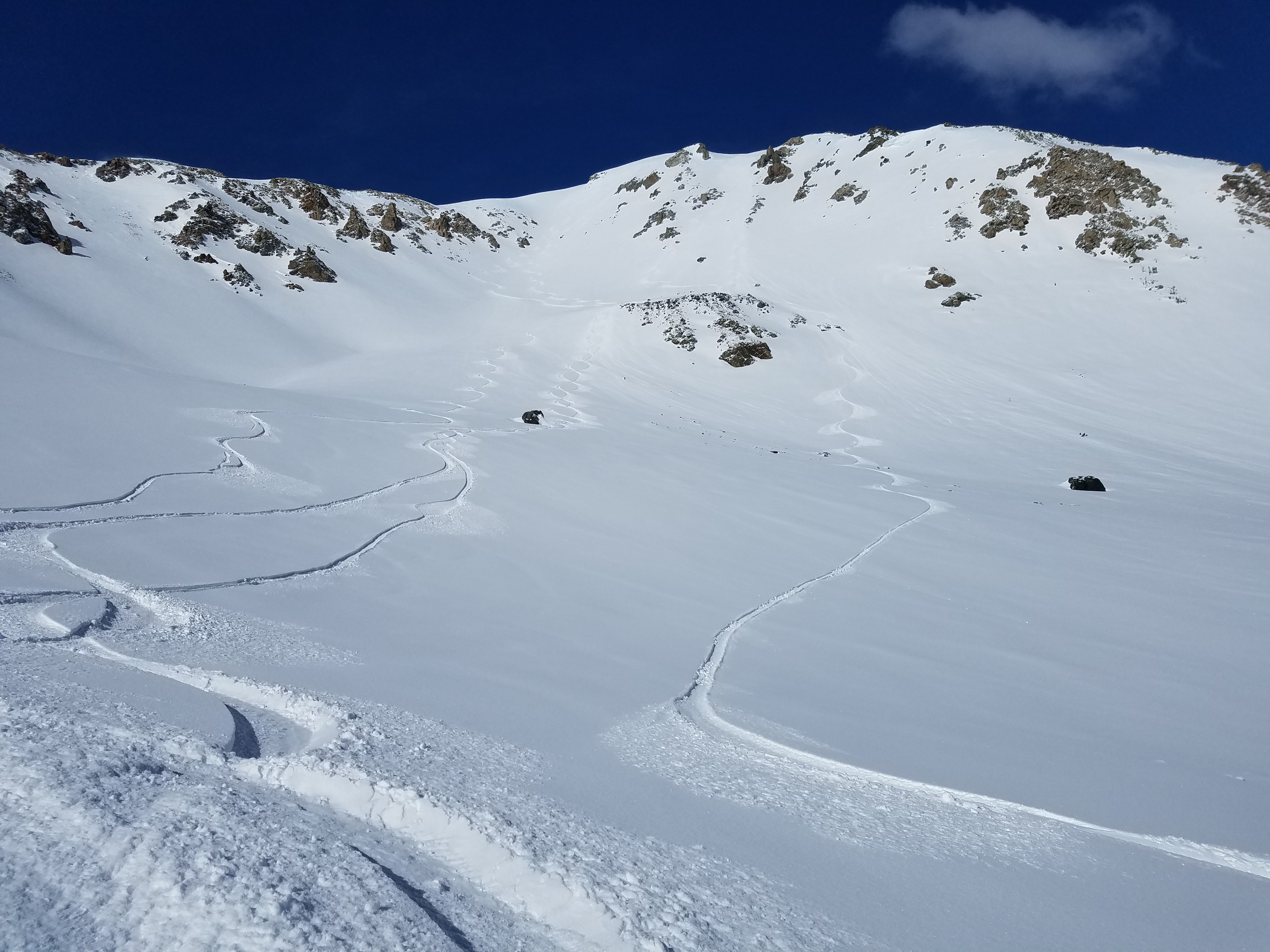 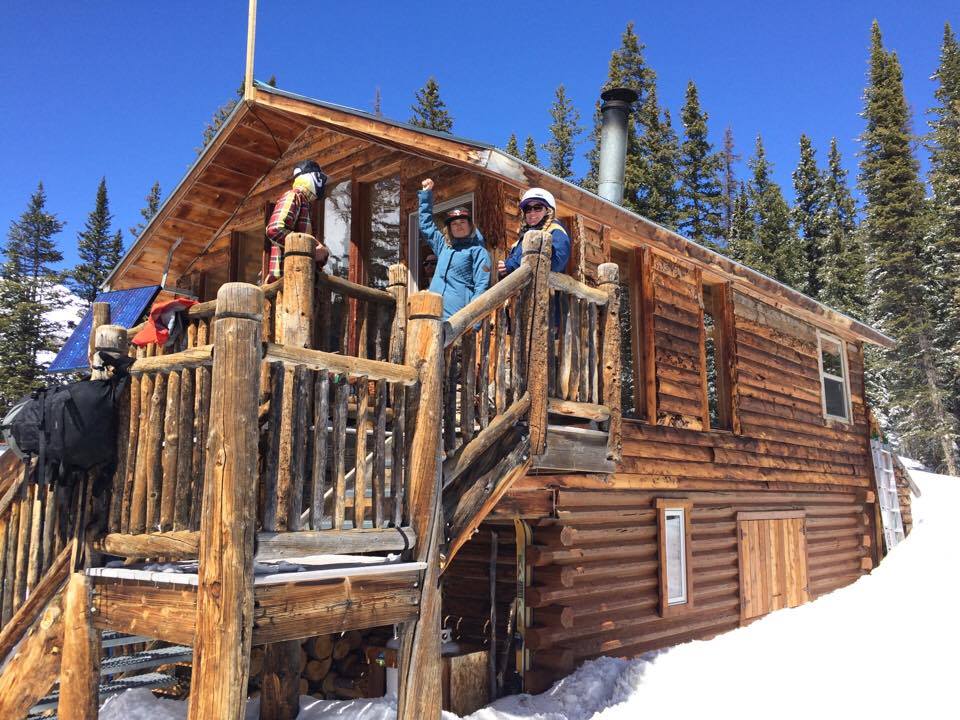 A big thanks will go out to Backcountry Magazine, Drew Zieff, Devin Silverthorne-Lillie and Outside Magazine for hosting an amazing week that was packed with so much fun. Another thanks to  Will Sardinsky, Jaime Del Pizzo, Marca Hagenstad and all the other great friends I had and met during the board test week that provided so many photos for this post. And finally, thank you to all the companies that provided their boards and bindings for us to abuse for the sake of snowboarding. 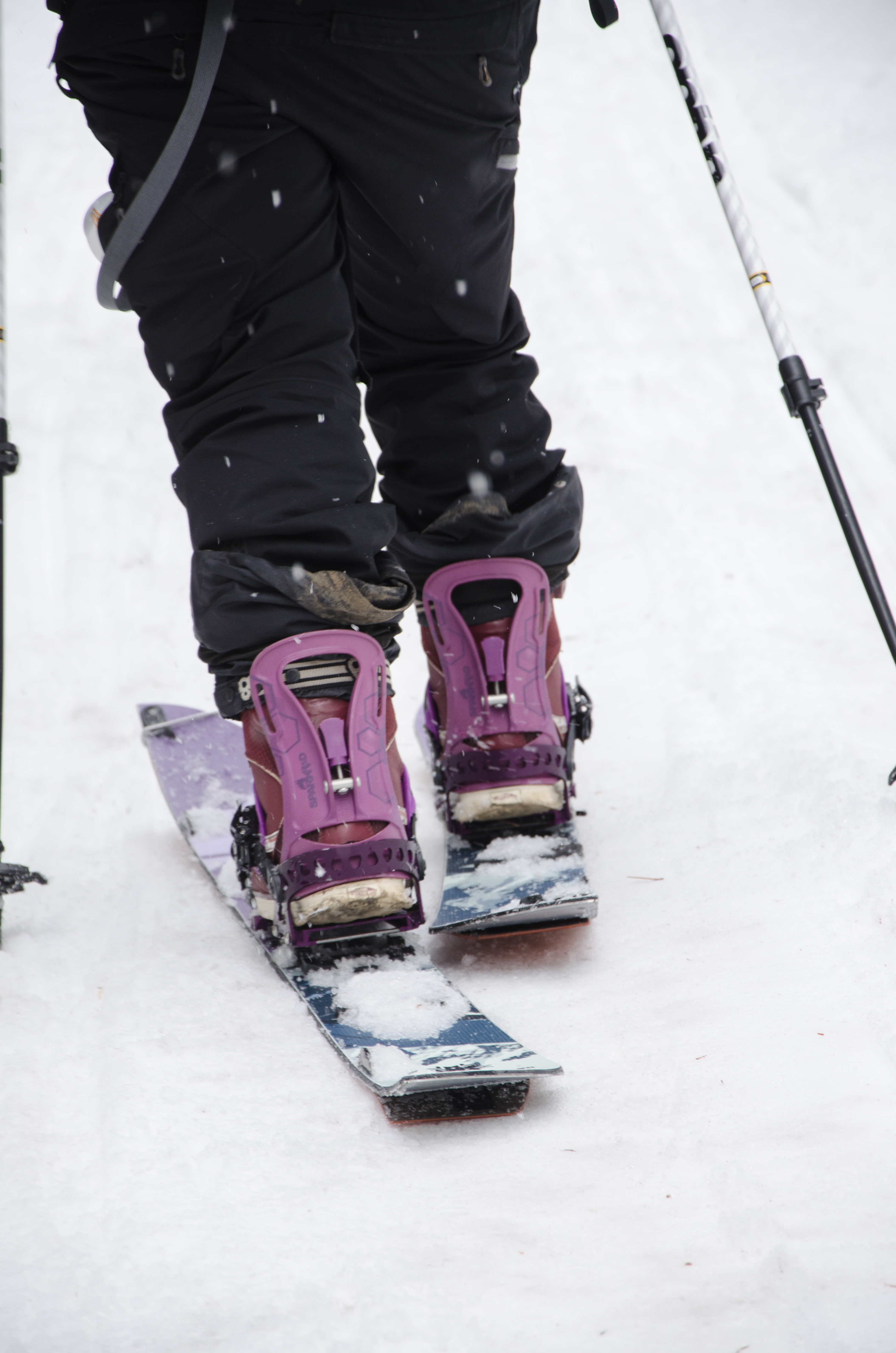 Read more of the Backcountry Magazine Board Testing here!
Peaks and Valleys
Board Test Wrap Up